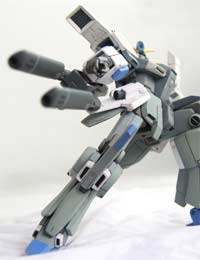 If you own a business that deals in memorabilia it can be important to be at the top of your game with regards to what's hot and what's not. There are quite a few things that are popular at the moment in memorabilia and it's important that you know the best ways to keep up to date.

One of the ways you can keep up to date with what's hot is by tapping into the cult / geek arena and listening to what the fans are saying. These individuals are your key market because they have a history of supporting pop culture merchandise and thus have the possibility to be your customers. Another way to keep up to date is to look at what your competitors are doing / selling. Look at what they're advertising as the next big thing and speak to your distributors about obtaining these items. This is made so much easier thanks to the power of the Internet.

Online stores can be a wealth of knowledge. With regards to pop culture collectibles there are a few websites out there you should definitely check. Popular Culture is huge right now because the action figure and TV / Movie / Cartoon memorabilia is in a boom. One of the largest online stores for this sort of memorabilia is Entertainment Earth. You can use a site like this to see not only what's hot, but what's expected to be hot in the coming months.

Also use your own experiences - don't be afraid to go with your gut instincts. If all of your friends have just seen a movie with memorabilia tie-in expected and they're all raving it rather than criticising it, add those collectibles to your stock list. Another great site to keep an eye on is Forbidden Planet , as they are not only a huge online retailer in memorabilia, but also have high street stores around the world.

Keep Your Eye on the Cult of Geek

Geek culture has mass crossover appeal with popular culture memorabilia and collectibles can often be seen fitting out geek shelves or games rooms. Check what's happening in genres such as science-fiction, anime, comic books, fantasy, role-playing games and video games. The video game industry is now worth more than the Hollywood film industry per year and game tie-ins are becoming increasingly marketable. The average age of a video games player is now around 30, so for you that means disposable income.

Comic books too are massive at the moment, particularly given the recent Hollywood trend of big budget movie tie-ins within the genre. Japanimation has grown into a huge business in the memorabilia and publishing sector, so keep that on your radar also.

A recent trend in memorabilia seems to be the special online auction. This is an entirely different genre from traditional eBay sales and is aimed more at the professional collector or business. In June 2008, numerous pop culture items were auctioned off in New York. News of the auction hit the Internet and people flocked, garnering goodies from people like Jack Kerouac to Andy Warhol. It's important to remember also that dealing in pop culture memorabilia doesn't just mean comics and action figures. There may well be the more discerning collector who will opt for something from yesteryear as opposed to last week.

An upcoming auction for Battlestar Galactica props direct from the show is set to happen early next year and auctions from this type of sale can add rare items to your stock list at a good price.

Books and Other People

Never underestimate the power of a good read. There are quite a few books available that cover in quite some depth the pop culture / and or memorabilia market and trends. There are a few to check out, but the choice pick would have to be: The Official Price Guide to Pop Culture Memorabilia: 150 Years of Character Toys & Collectibles (available from Amazon). The importance of research can't be underestimated and if you combine your Internet knowledge with books and other people, you'll find that it is quite easy to become an expert on what the current trends are and what the next trends will be.

Utilising the experience of other people as much as possible. Let them guide you as to what is going to be hot in the pop culture sector. Whether this is a sales agent or simply a forum or newsgroup, listening to what's in fashion is the key to a successful business.
Next Page

Collectibles and the Changing Economic Market

Developing your Business in Line with your Customers

Closing Down Your Collectibles Business